At Stan Winston Studios outside L.A. in Van Nuys, CA., the dinosaurs, like this T.Rex for Steven Spielberg's action epic, Jurassic Park were created. Stan is one of Hollywoods most innovative character creators.

Famous Jurassic Park Ride at Universal Studio's Amusement Park in Southern California. Jurassic Park was one of the largest grossing movies ever made, directed by Steven Spielberg.


T. Rex, "tyrant lizard king," was one of the largest-ever meat eating land animals. The bi-pedal giant grew to some 40 feet (12 meters) and weighed up to 7 US tons (6.5 metric tons) and small two-fingered hands that were actually surprisingly strong. 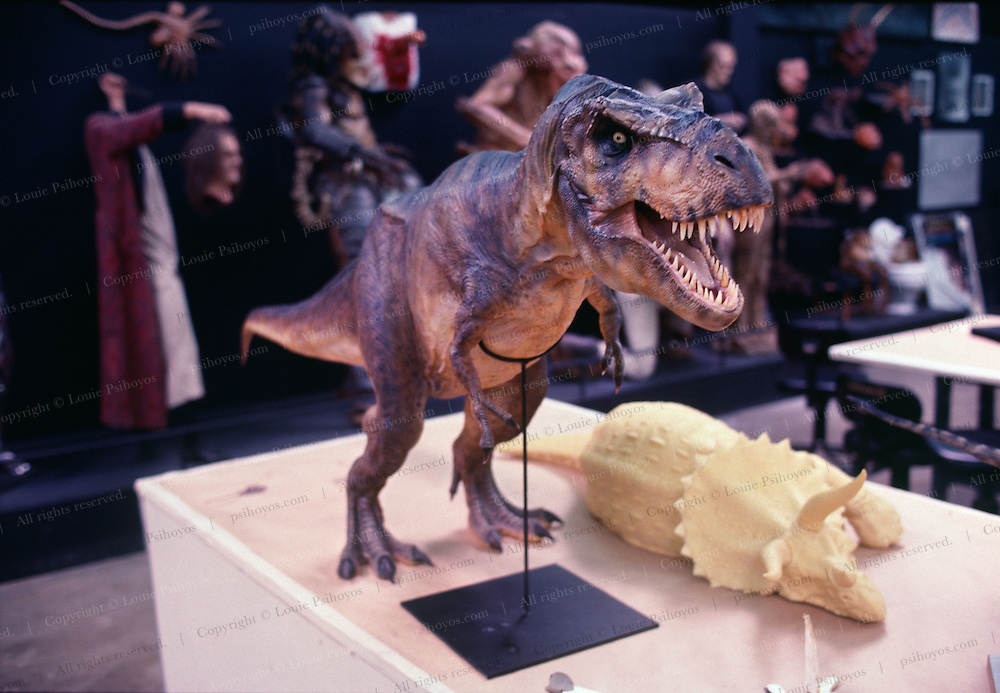