The Royal Huisman shipyard, run by the Huisman's family of Vollenhove, Holland has been making boats since Walter's (pictured above) grandfather began in 1884. Initially they made small, wooden fishing and work boats and in 1945 when Walter began working, there were only three people, Walter his father and one shipwright. Now the yard employs some 330 people and are the largest employers in town. They recently began construction of Athena, a three-masted schooner which will be the world's largest private sailing yacht when it is launched in 2004. 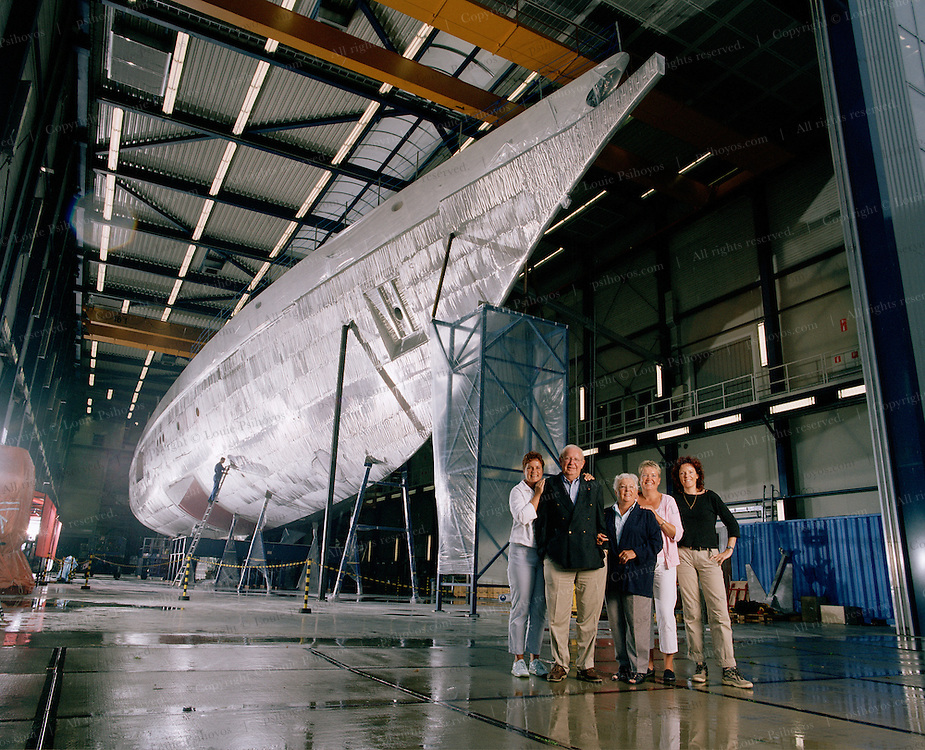