The 48-meter luxury yacht Land's End suffered severe damage Tuesday August 9th, 2005 after running aground on the St. Joseph Rocks in the Bay of Sagone, Corsica. It was heading towards the beach at 10:30 a.m. under clear skies when it struck one of the many treacherous rocks dotting the popular west coast off the island. None of the 25 passengers aboard were seriously injured yet there was concern about the 70,000 liters of diesel fuel leaking into the pristine waters. Maritime authorities in Toulon issued a statement assuring pollution containment. Caution is advised for boats of all sizes while traveling throughout the area. According to Rod Heikell's Pilot, the respected nautical guide published by Imray, "Care is needed in the approach because of the off lying reefs around the bay. By day this is straight forward, but it should not be attempted a night." The boat, which had been carrying 12 Portuguese charter guests was aground on rocks of depths from 2 to 5 meters. Fortunately waters remained calm until Wednesday but a mistral is heading for the area on Friday. 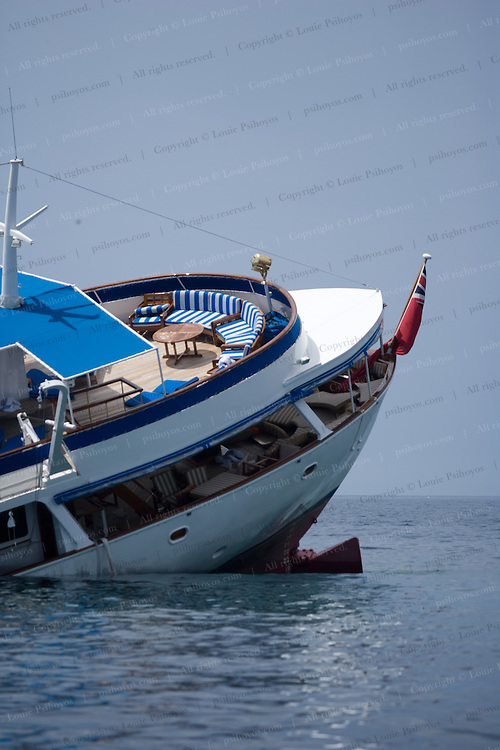