Garbage barges transported some 20,000 tons of garbage out of New York City to Fresh Kills landfill in Staten Island every day for several decades. For a story I proposed on trash to National Geographic, I decided to ride a garbage barge as it motored past Gotham. Getting the pile of trash with the city in the background would be a powerful juxtaposition. Having finished the shoot and waiting to get out of the stinking barge to the dump, I began strolling down the rows of barges back to the pilot house when I noticed the plastic American flag banner just as we were drifting by the Statue of Liberty. I quickly climbed onto the revolting refuse and snapped about 10 pictures before we sailed out of range. Inspecting the film, I later noticed that there were quite a few other objects in the trash with the banner, including the infamous, kitchen sink. After this shot was taken, barges had to be covered with giant nets so trash wouldn’t blow into the rivers and bay. Freshkills Landfull was declared full in 2001 and later reopened in 2002 to discard the Trade Towers. 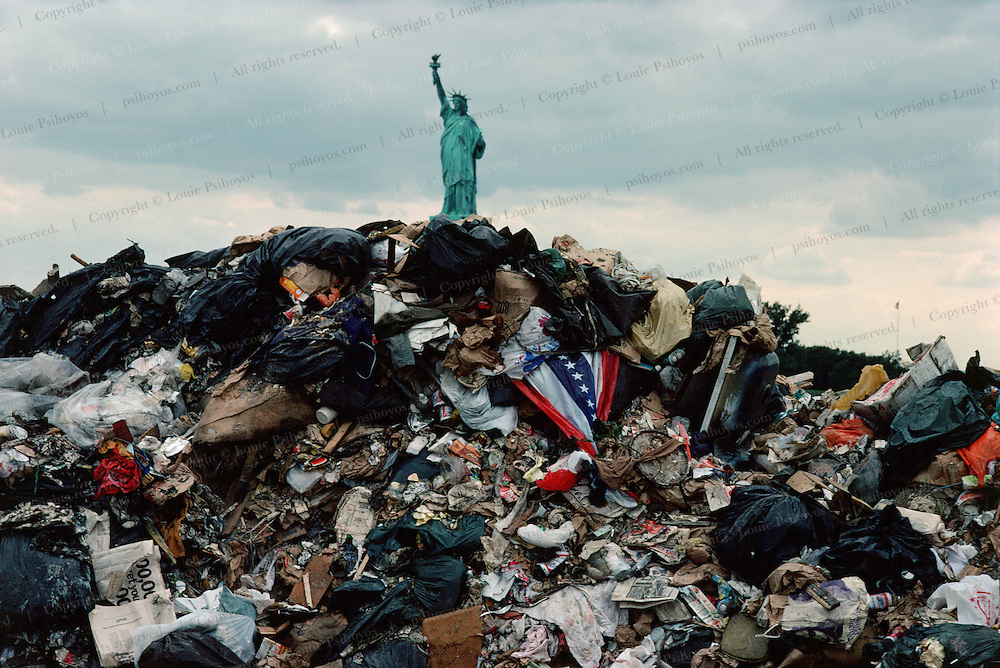